Of Oranges, Rhubarb and Christmas.

I really don't like this time of year. I can cope with the cold. I like the snow and crispy frost. The grey isn't too bad as I work indoors.
No, it's Christmas I don't like.
It's not just because I'm Pagan and therefore look forward to the Solstice, as I can respect the religion and choices of other people. I have no quarrel with a sombre religious festival. If only that was what Christmas was about.
I hate the over commercialisation of it all. How it's rammed down our throats from the end of summer. How if we're not all festive, we must be miserable. How hypocritical people are, people who don't believe in God or Jesus who never go to church yet go mad for decorations and the dreadful Christmas songs.
Even my own OH refuses to take part in carol singing or to see the Christmas fayre yet proclaims to love Christmas.
'It's all about the children really' people tell me. Hmm. It's all about how much more money you can spend than your neighbour/co-worker/drinking buddy.
Then we got onto the dreaded visiting. My parents have backed off a little, I'm pleased to say. But I'd rather see people at a mutually convienient time so I don't feel like we're rushing about, trying to cram everyone in. I'd rather be at work and have an excuse to get out of it.
It just gets me so stressed! There's all the presents and cards that I don't even want to send, but I feel like 'I have to'.
And the worst of it is, if you said 'I don't celebrate Christmas because I'm Jewish/Muslim/whatever' people say, oh okay then. If I say I'm Pagan, they just look at me funny.
At some point, I am going to have to put my foot down.
I was watching River Cottage the other night, that's the closest to feeling Christmassey that I get. But Hugh goes along the Pagan lines, big get togethers with homemade gifts. None of the dried out old turkey on his banquet table, but traditional goose and ham. His tree is decorated with dried fruit and ginger bread, a natural homemade wreath on the door. He goes a Wasailing and dances. That's what I want, that's what I see the Solstice Festival to be like (which after all is what Christmas has replaced, but that's a different argument for another day).

I want to further my knowledge and deepen my Pagan understanding and explore my 'natural roots'. The trouble with an oral tradition, is you can interpret it how you like. I don't like the robe wearing hippies, spaced out and dancing round Stonehendge. I do like the quiet meditations of OSHO (for example). A feeling of quiet within and being at peace with the world. It is possible without being all 'new age' about it!

My running is my meditation. Running til there is nothing but heart beat and foot fall.
Wow, that's quite profound for me.

And onto the fruit!
One of my other forms of meditation is cooking. It was one of the few things that occasionally lifted my spirits during the darkness that followed the redundancy announcement.
Today I have made soup, raspberry pavlova and the best jam I've ever had - rhubarb and orange. It is delicious, can't wait for my breakfast!! 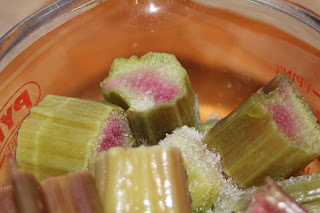 In other news, I won the club trophy for 'Endeavour', it was presented at the Harriers Christmas meal at The Oak Tree on Saturday night. (Yeah, don't mind the food and socialising...)
Absolutely made up! It was a complete surprise.

Not done any special training of note since my last post, Handicap Race on Weds 14th, followed by our shared nibbles. Club with Sonja both last Monday and yesterday. Not done anything else really.
Collected all 5 Garmin tokens, so I'm now in the running to win a Garmin Forerunner. Cool. 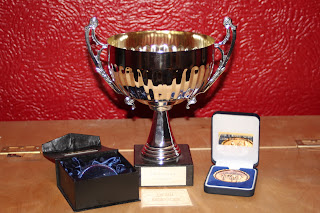 Posted by Cackleberry at 20:44