A Mixed Bag in Edale.

Last weekend saw my step-mum's 70th birthday, so we all piled in to the Viceroy Indian restaurant in Duffield for a slap up meal. It's a very posh place, the waiters in traditional costume and lovely food. My curry was a coconut one, but still quite spicy. I also tried panneer for the first time and wasn't disappointed.

The next morning, Paul and I headed into the Dark Peak for a spot of camping action. We got a pitch at the Field Head campsite in the little village of Edale, nestled below the hulking mass of Kinder Scout. The forecast was terrible, but now we sat out in sunshine by the tent! 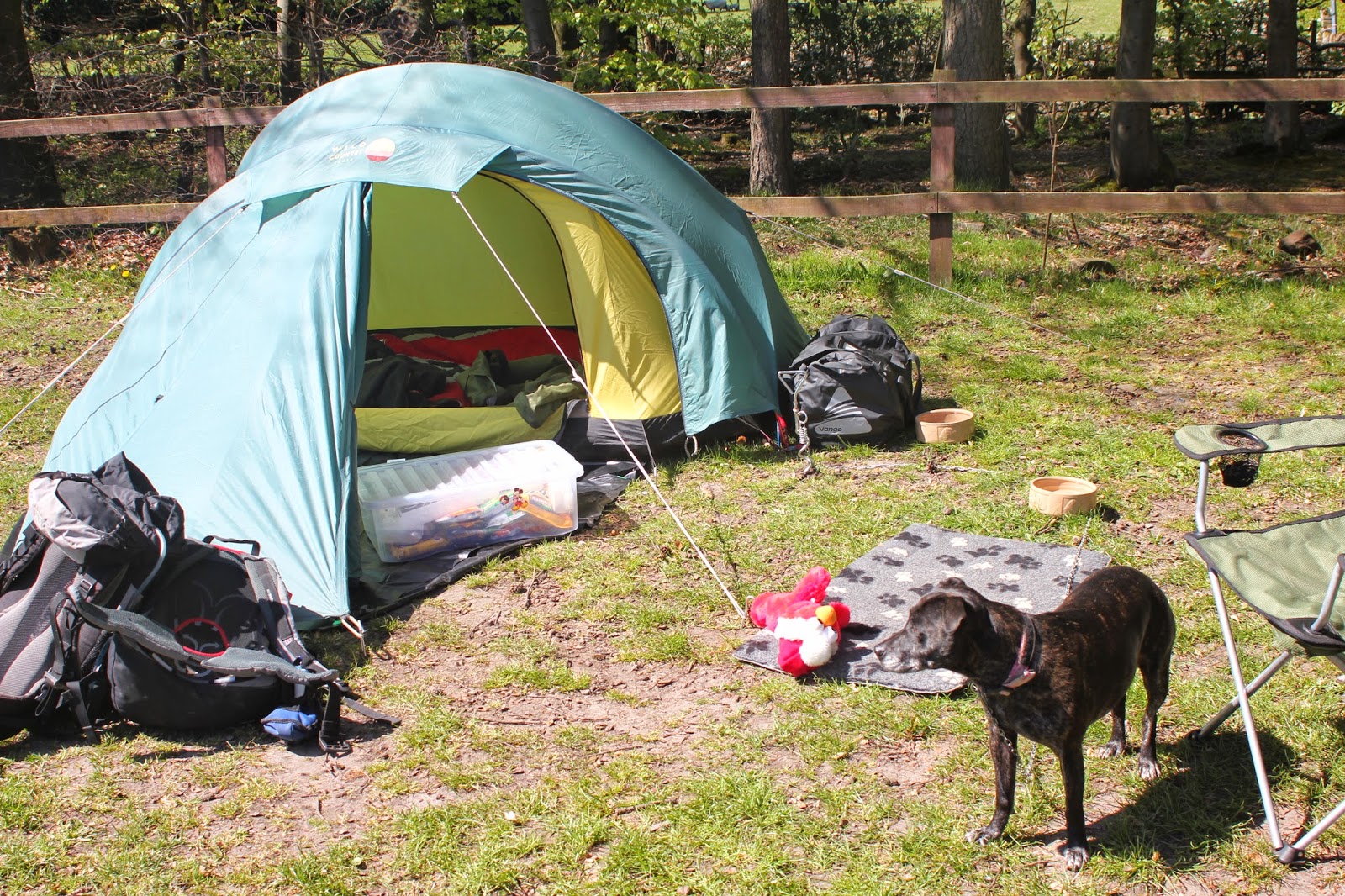 We went for a little walk, just a 3.5 mile loop starting along the Pennine Way as far as Upper Booth then back along the valley bottom and the River Noe. We tried to find some geocaches (there are 16 along this short loop!) but my phone couldn't keep up and in the end we only got a couple. Still, it was a lovely afternoon and it was nice to stretch our legs. The path seemed very popular and there were lots of people about. 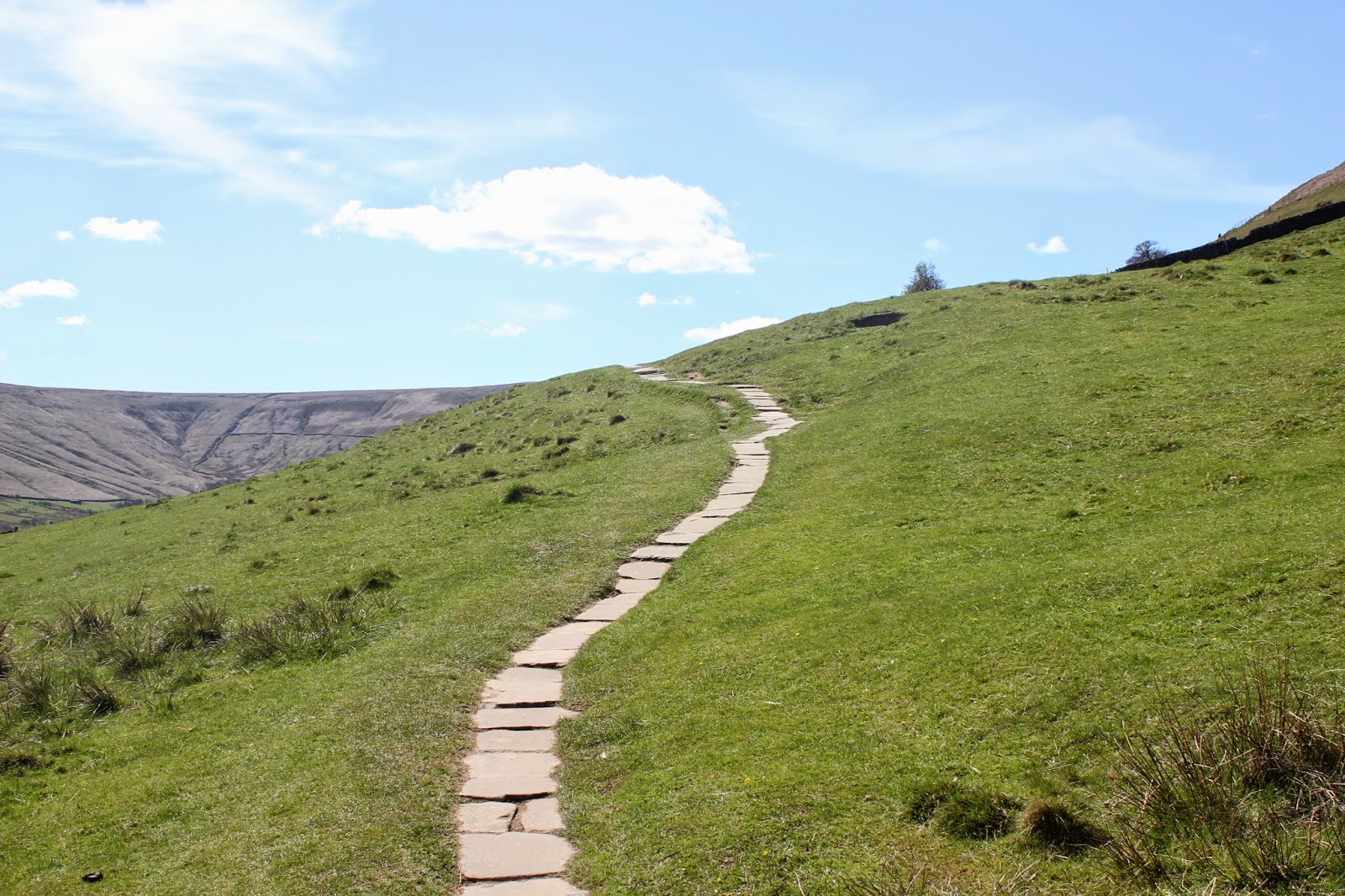 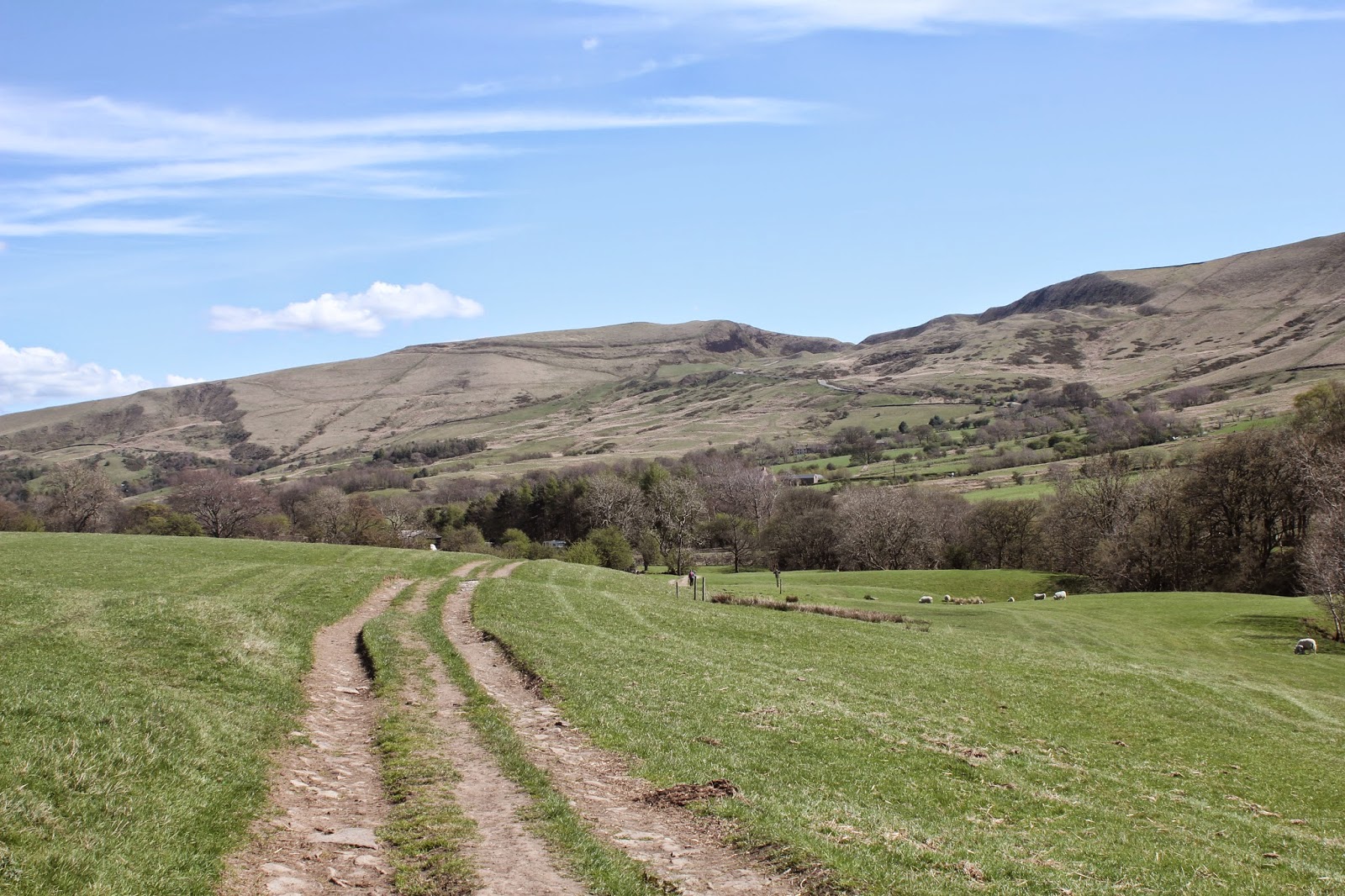 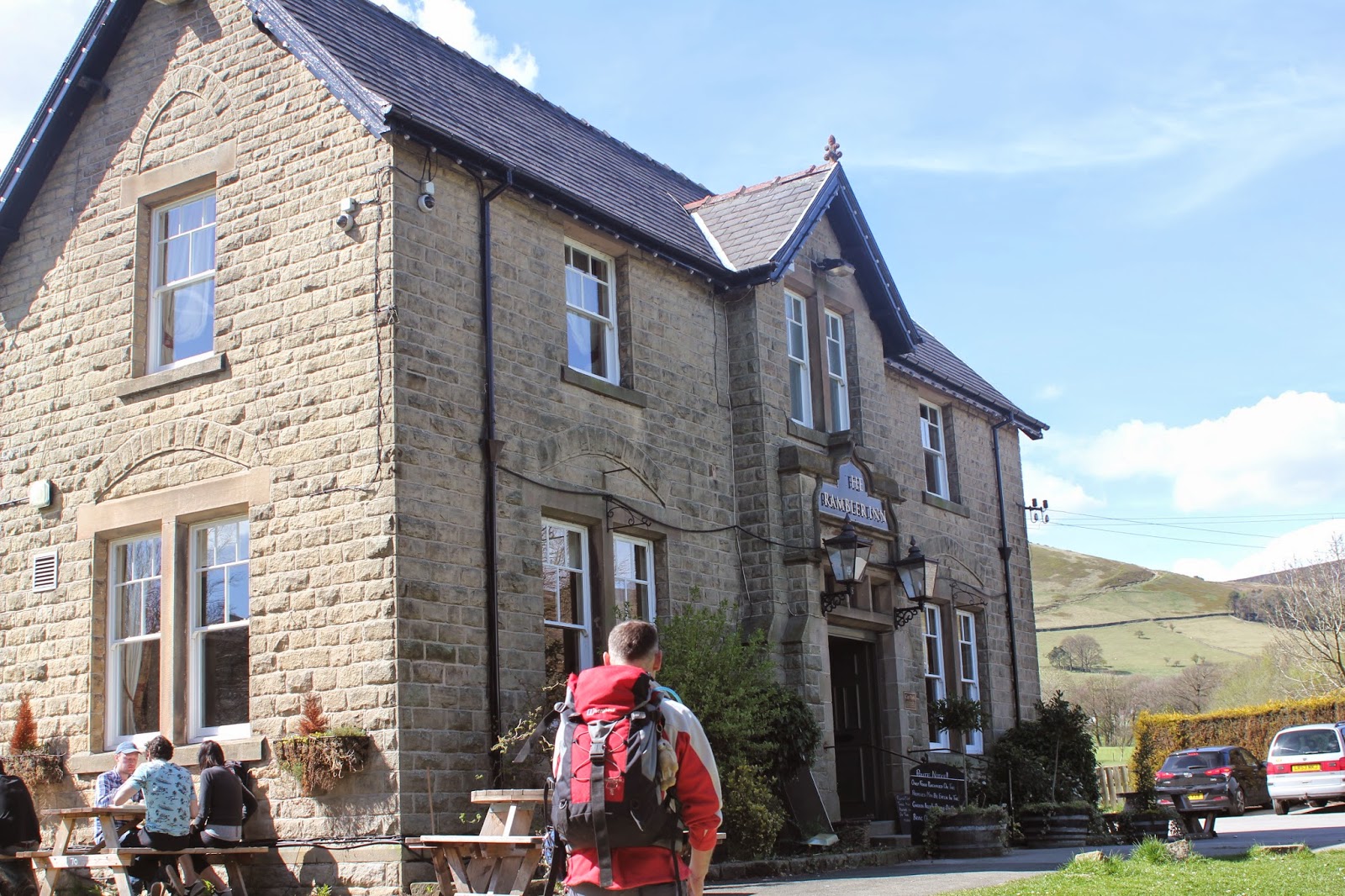 It was nice enough still to sit outside at the Ramblers Inn when we got back to the village, but the breeze was getting up now.

We went back to the tent to rearrange our things and feed the dog, before having tea at the Ramblers Inn. I had fish pie and it was really quite good!

Various people in the pub and the weather forecast at the visitor centre suggested horrible weather tomorrow, we bedded down for the night and thought we'd deal with whatever the morning brought...

Monday morning was cold and frosty, but totally clear blue skies!
After a breakfast of porridge, we got organised and set off on our walk. The first objective was Mam Tor. A steady climb from the village lead up to the road, then a final short steep push to the summit. I didn't know there had been a celtic settlement up here. There were tiles depicting Celtic artefacts in the paved footpath.
We soon made it up to the top and where treated to stunning views. 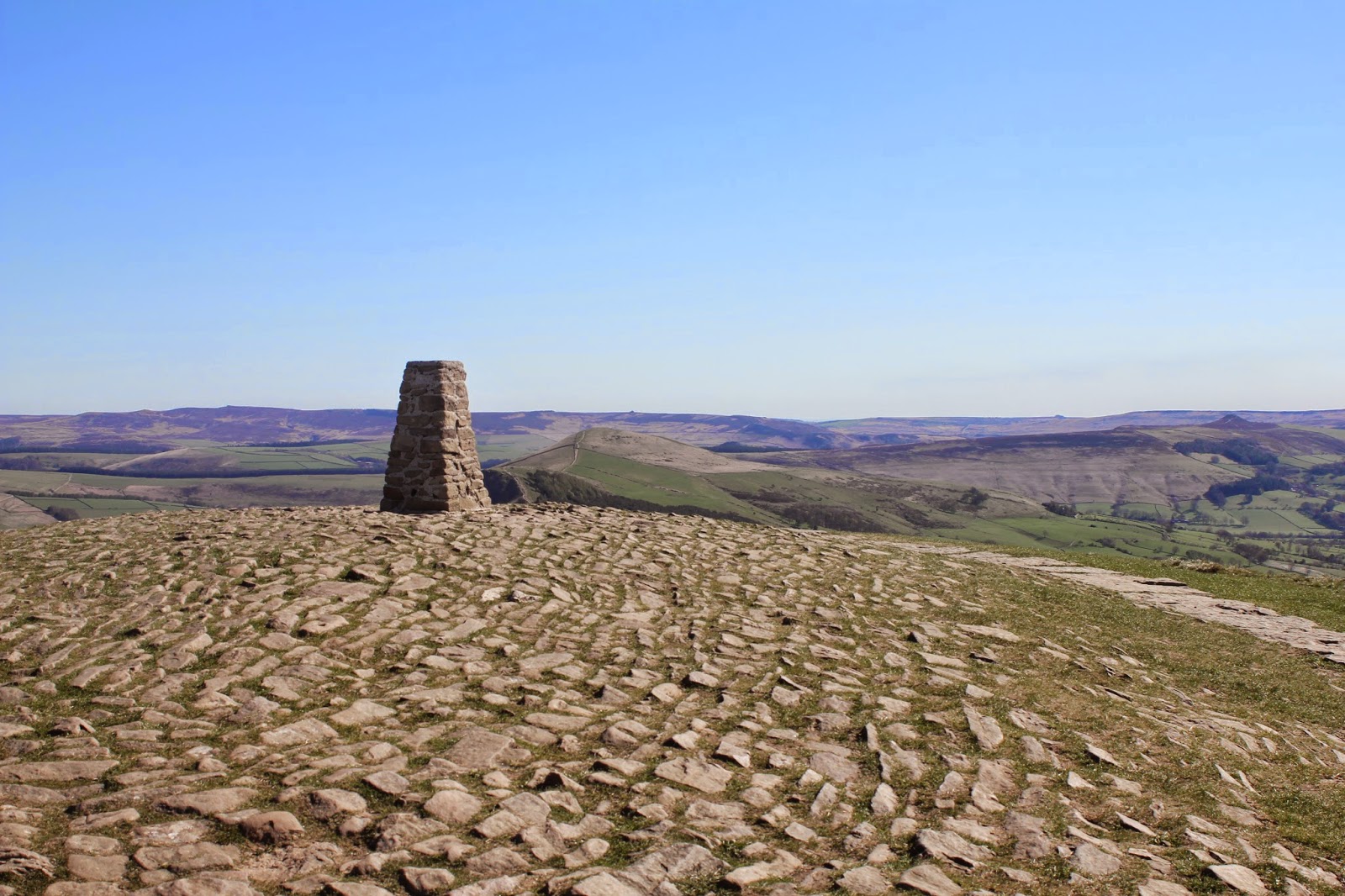 Back down and onto easy to follow tracks leading across rolling farmland, arcing around to join the Limestone Way as it descended into Cave Dale. 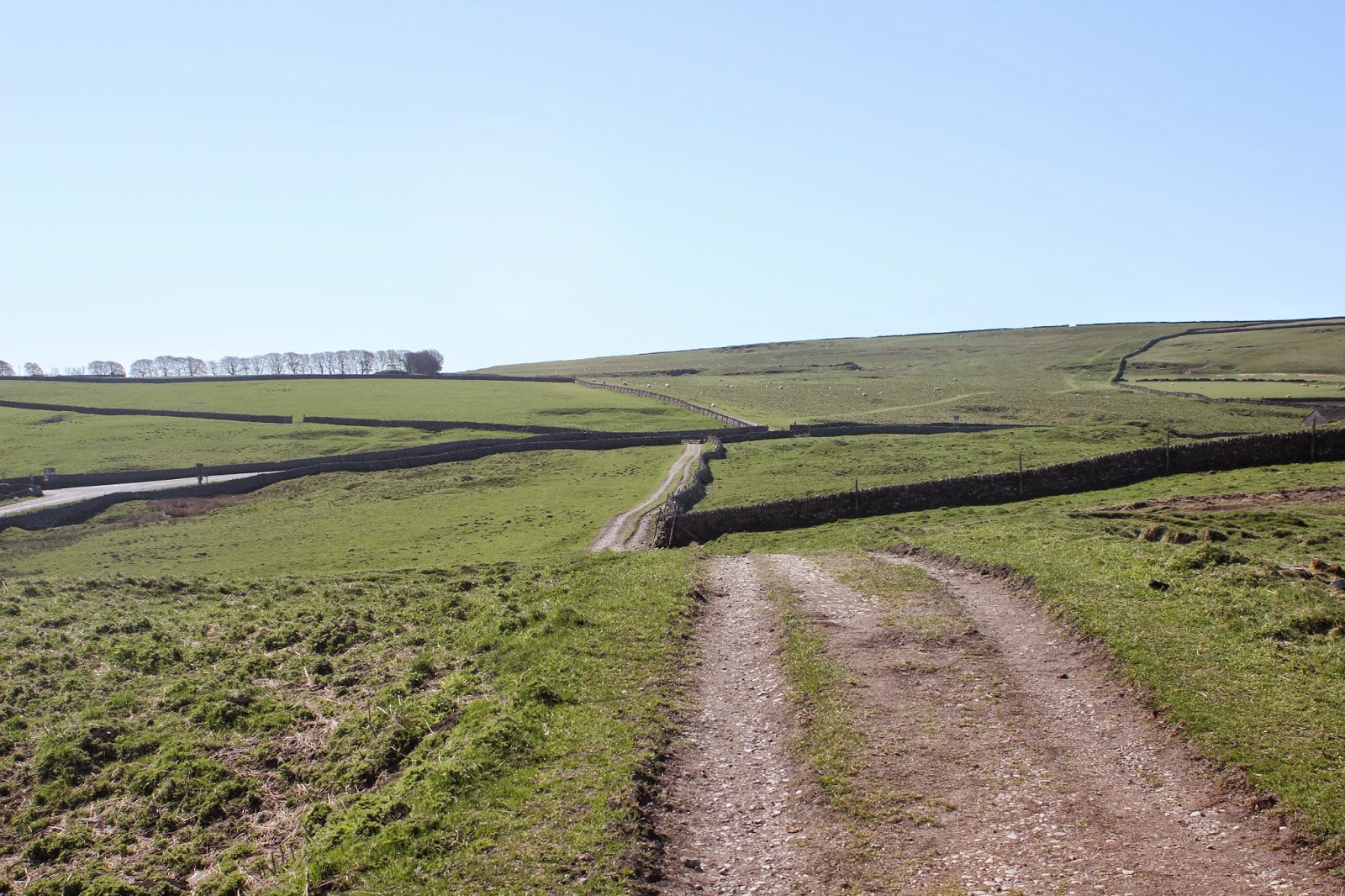 Cave Dale is a very narrow, steep sided valley cutting through an ancient limestone reef. It is not clear if it was always like this, or if it was once a cave and the roof has since collapsed. Either way, it is very dramatic and the little tower of Pevril Castle sits high up on the cliffs just adding to the drama! 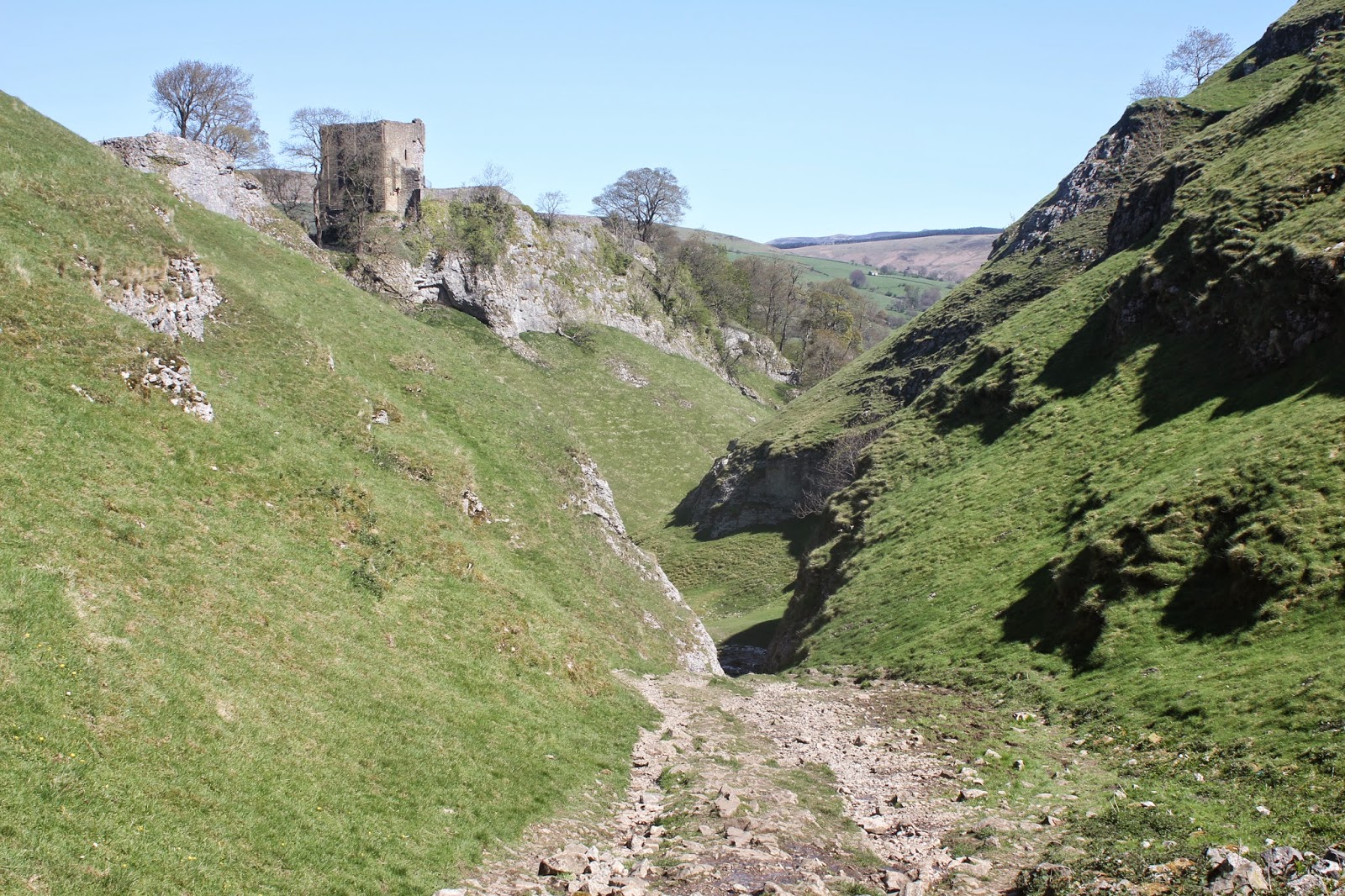 We reached the town of Castleton a little before the pubs opened, so we had a look in the visitor centre and the little museum/display within. Once it was 12 we retired to the Bulls Head for a drink. The clouds had started to scurry across the sky now and the wind was quite chill, so we didn't sit for long.
The next task was the long climb up onto Lose Hill. It was all on good track which helped, but was still a stiff climb! Eventually we reached the summit, which has a nice viewfinder, and dropped down out of the wind for a snack break. Once we'd eaten, we struck out along the ridge towards Mam Tor. The ridge runs East West from Lose Hill, over Mam Tor and along Rush Up Edge. It is disconnected from the Kinder Scout massive and the moors surrounding Lady Bower reservoir.
We crossed Backtor with it's impressive outcrops and got to the col known as Hollins Cross, here we dropped off the ridge and headed downhill into the Noe Valley. From here it was an easy stroll back to Edale. We sat inside now at the pub as it was decidedly cold and really quite windy. 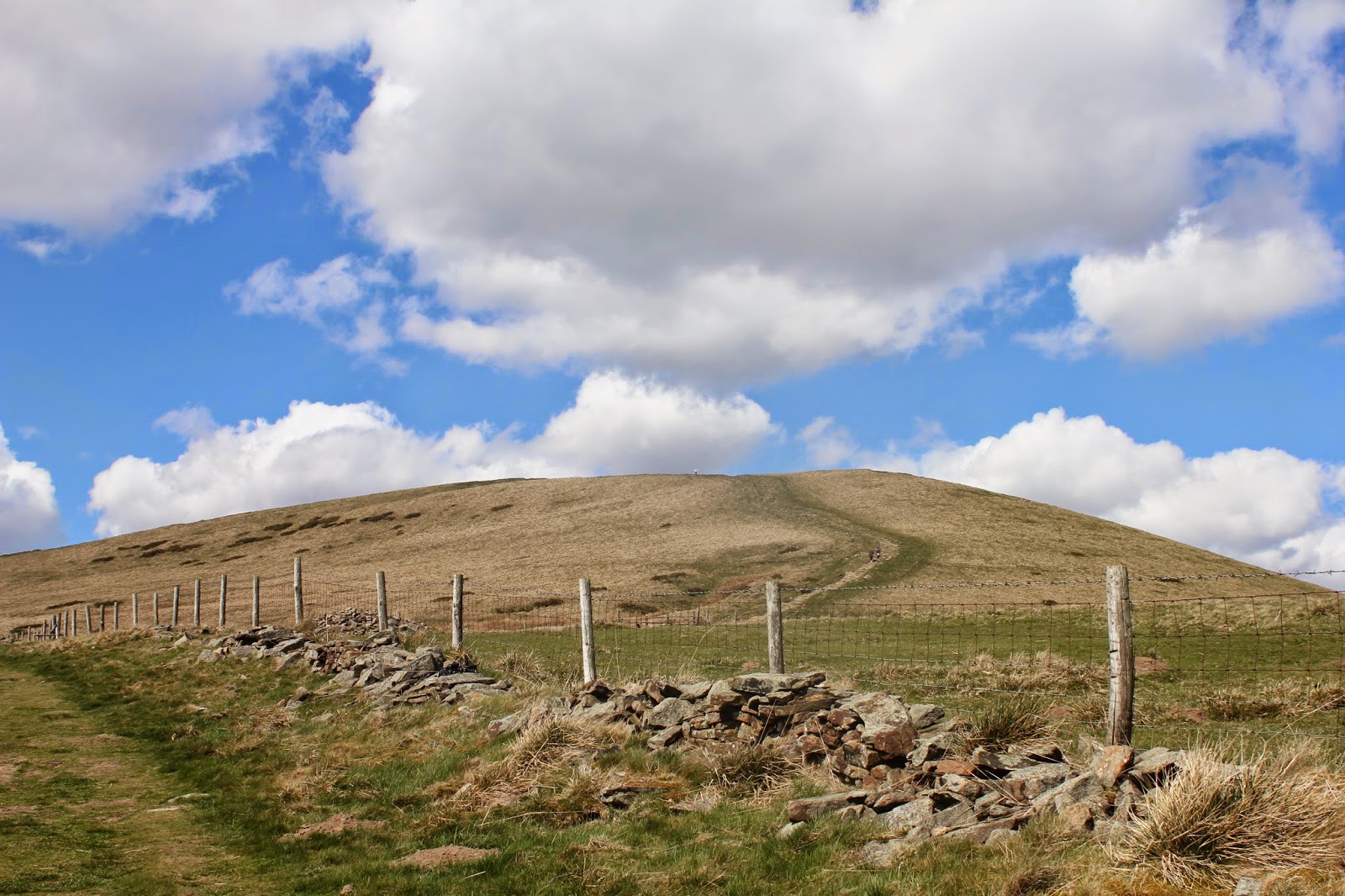 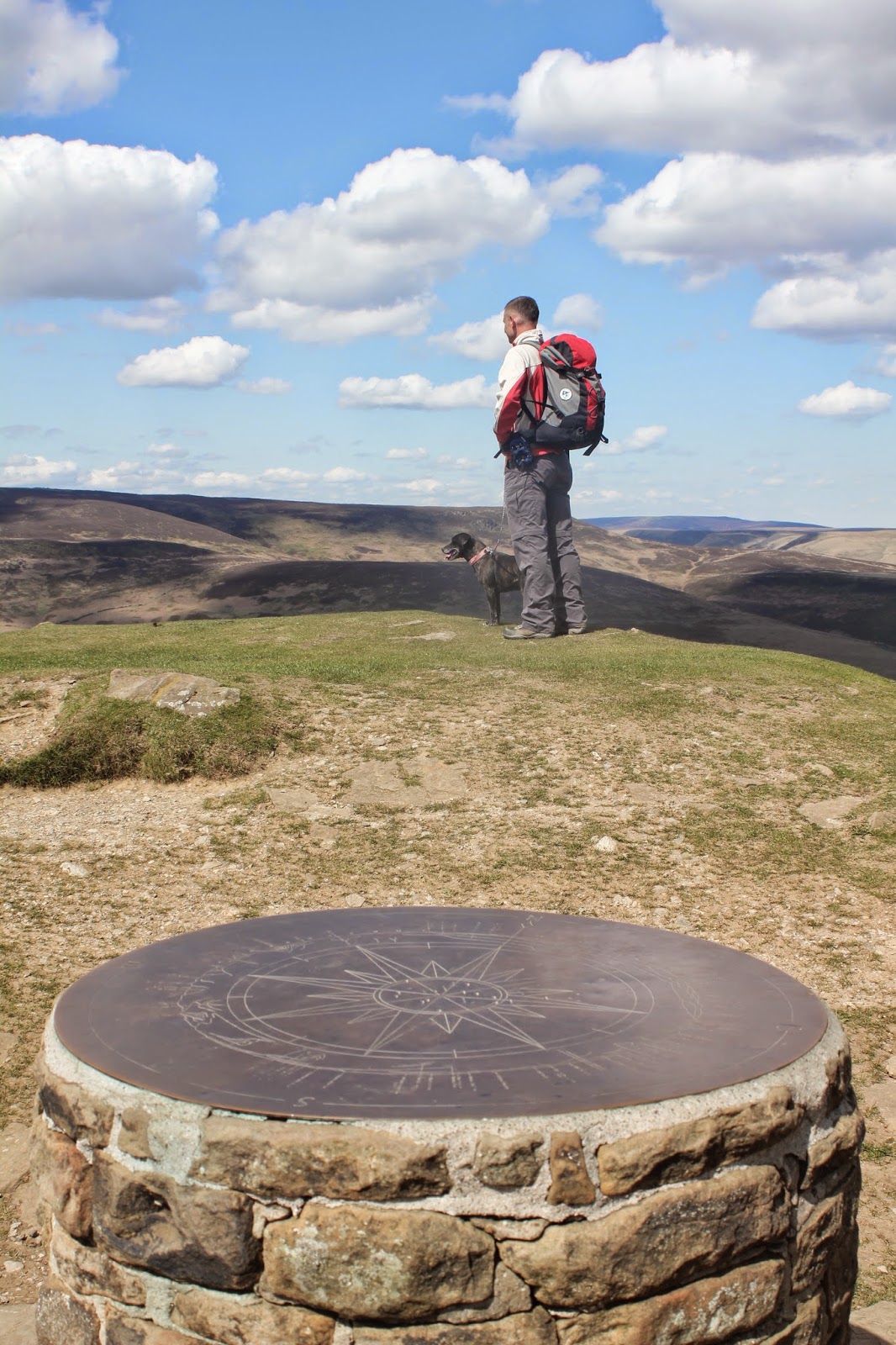 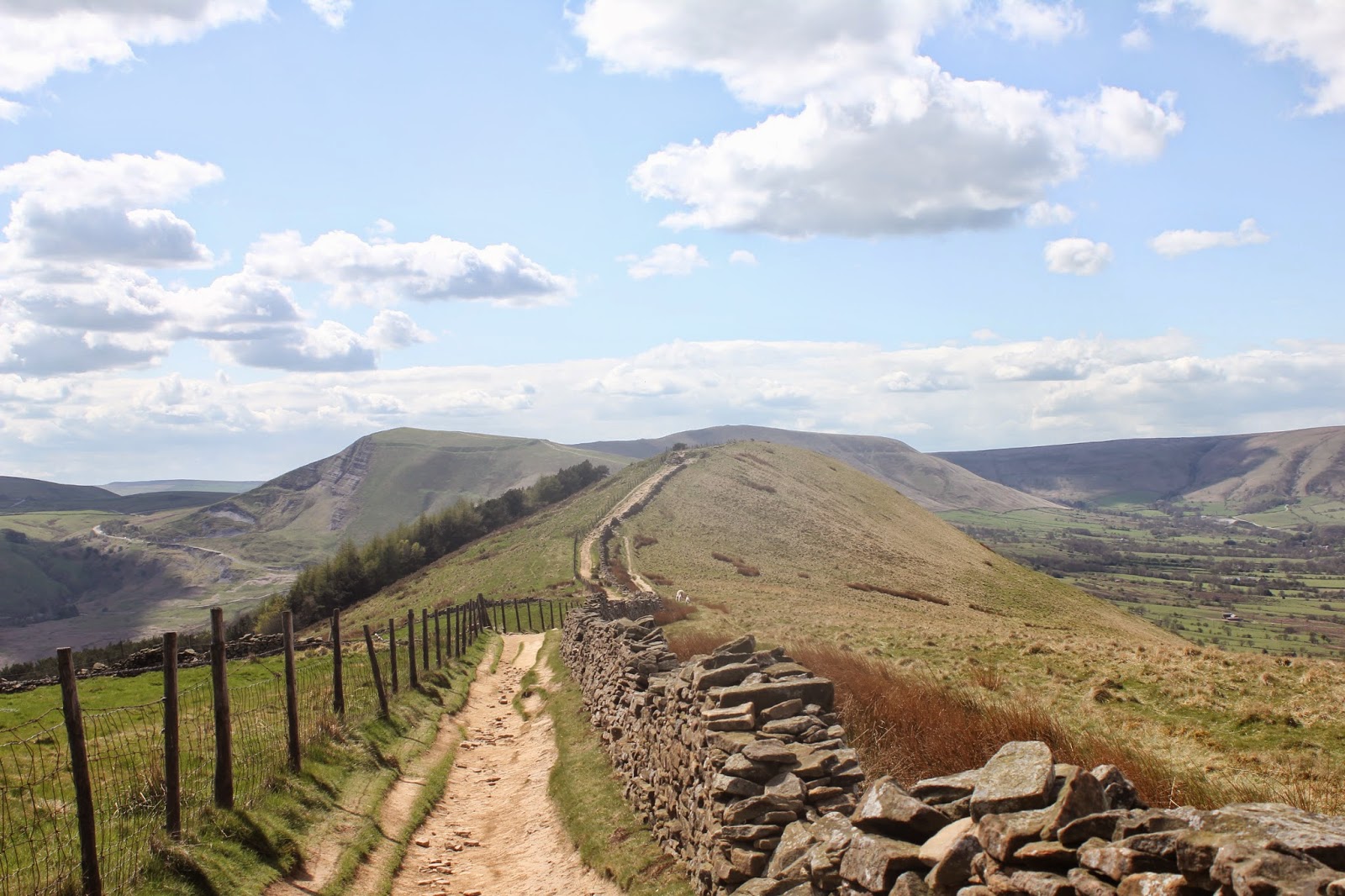 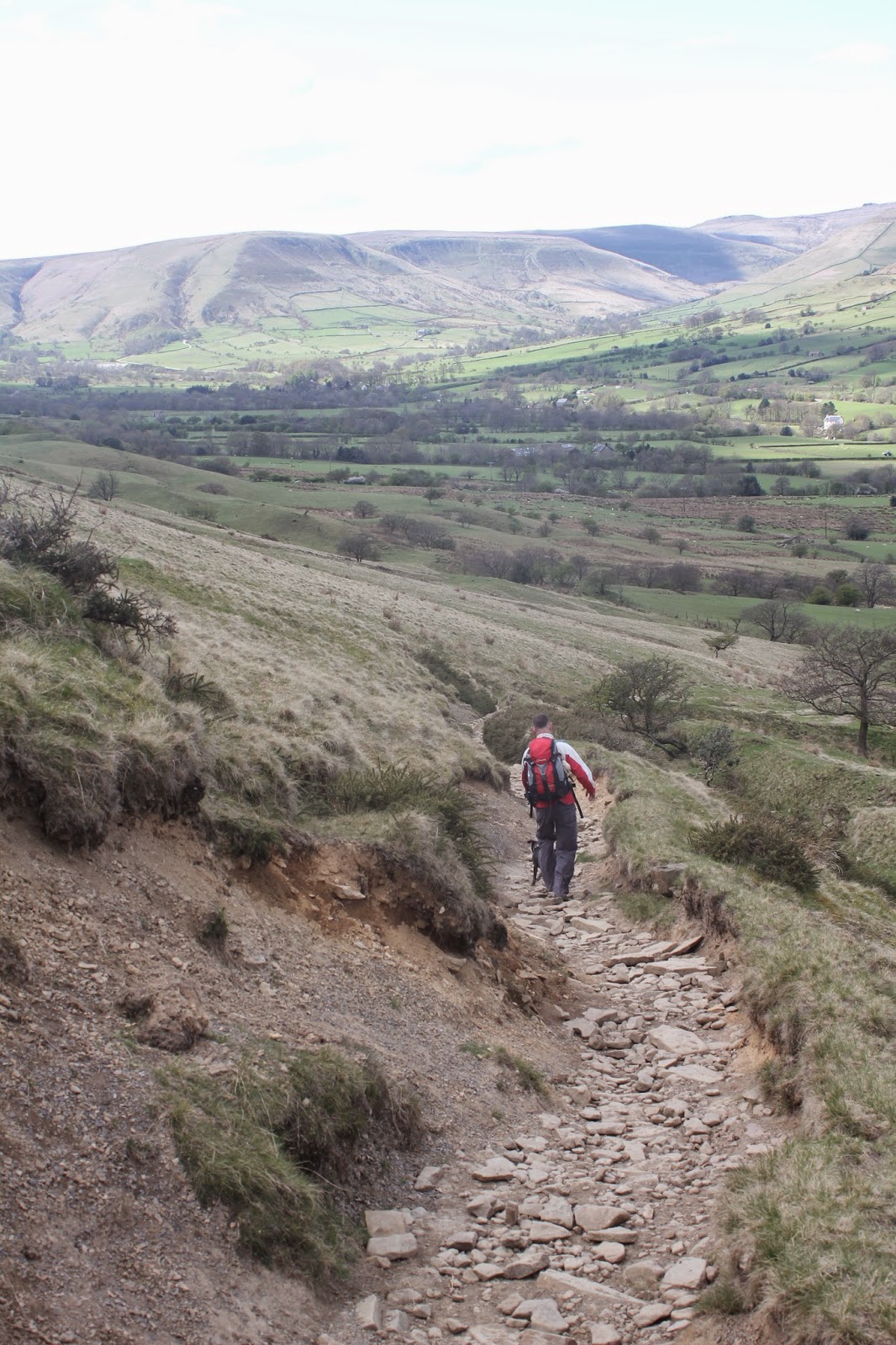 We used the facilities on the camp site to get showered up etc then went back to the pub! It was too cold to sit out at the tent and too cramped inside the tent. I had a Mam Tor Burger for my tea which I thought was appropriate given todays hike! We spent the evening in the pub drinking and I got my diary written. Eveyone was knackered! It started to rain so we headed 'home' before it got any worse and I spent the night listening to the wind and rain lashing down... 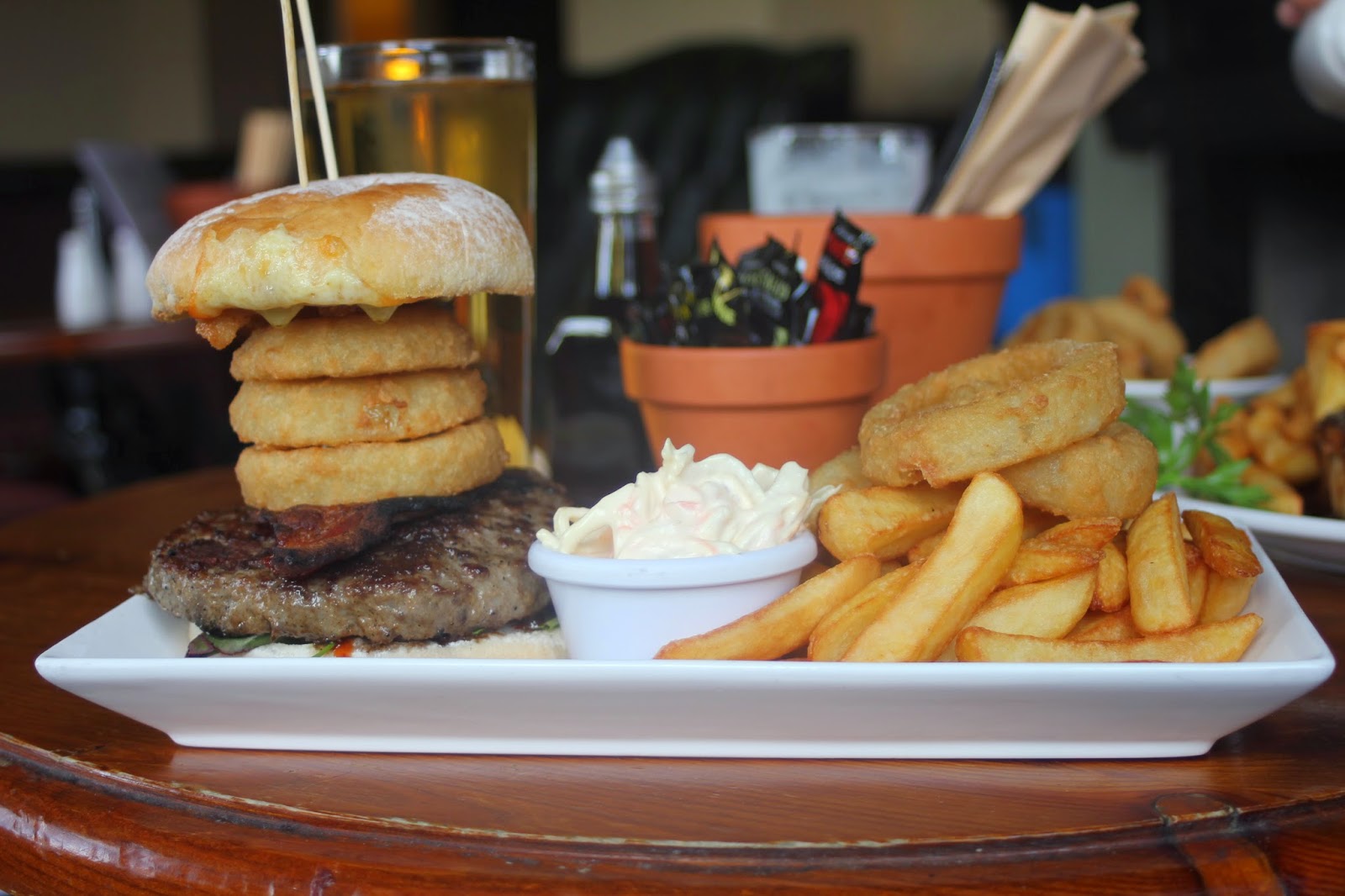 ...only to find on Tuesday morning it was snow! We got packed up, it was bitterly cold, and ready to come home to Yorkshire where it was still sunny! Our route measured exactly 10 miles and a more detailed description is contained in the 'Hiking and Running Routes' section over on the right. 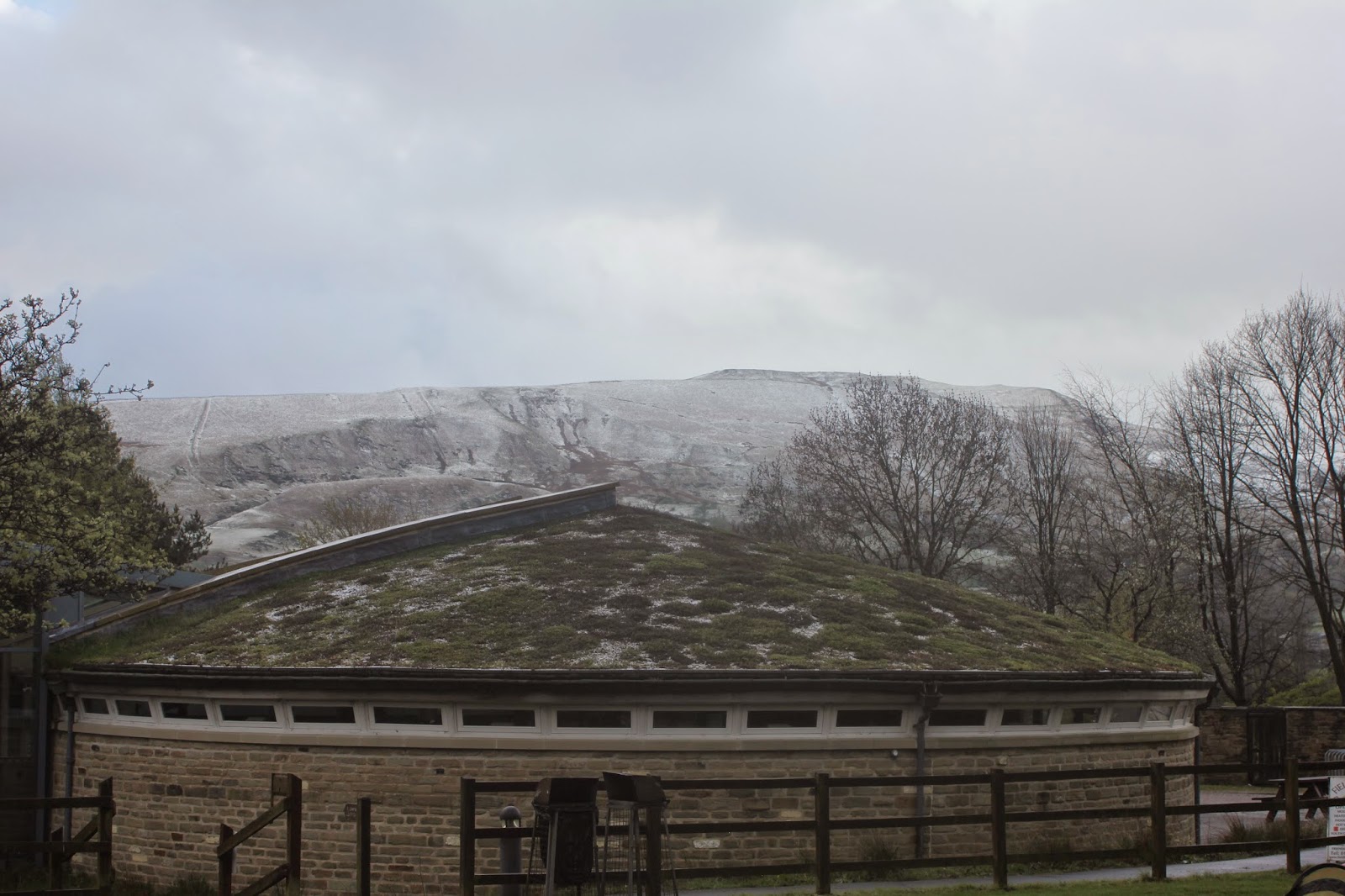 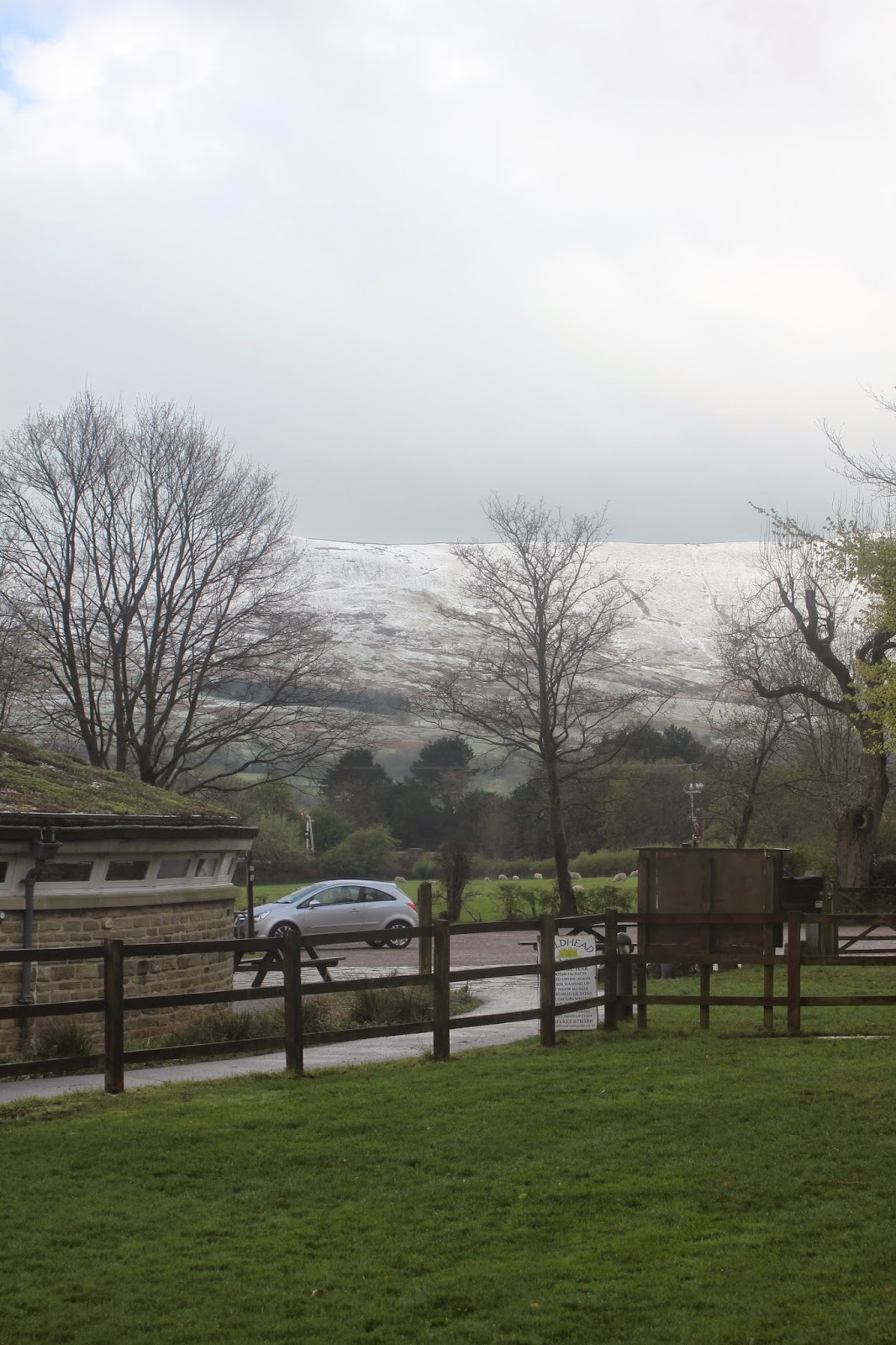 Posted by Cackleberry at 10:43